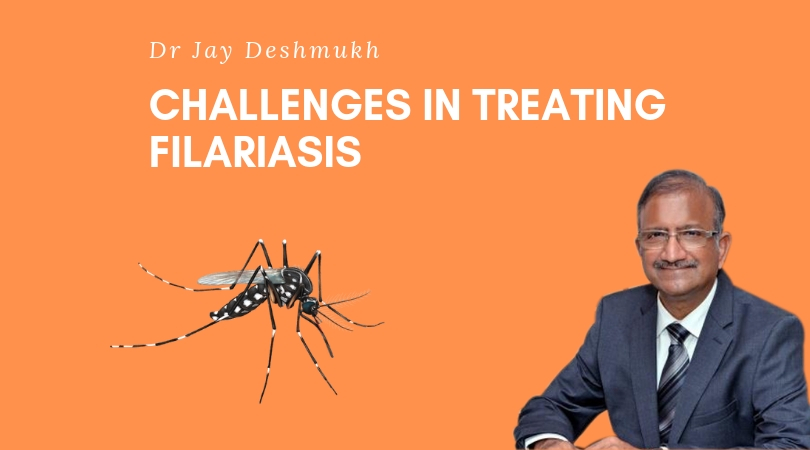 How does lymphatic filariasis occur?

Lymphatic filariasis is caused by infection with parasites. There are three types of thread-like filarial worms. Wuchereria bancrofti is responsible for 90% of the cases. Adult worms lodge in the lymphatic vessels and damage the lymphatic system. The worms can live for approximately 6-8 years and, during their life time, produce millions of microfilariae, which are immature larvae that circulate in the blood. Mosquitoes are infected by ingesting the blood of people with circulation microfilariae. When infected mosquitoes bite people, mature parasite larvae are deposited on the skin from where they can enter the body. These microfilariae then migrate to the lymphatic vessels where they develop into adult worms, thus continuing a cycle of transmission.

How was elephantiasis discovered?

Can elephantiasis be reversed by treatment?

How is filariasis diagnosed?

Can filariasis be prevented?

What is the treatment for filariasis?

What is the outlook in filariasis?

What are recent efforts taken by our Government to eradicate filariasis?

Filariasis is a very common parasitic disorder in our country. It can lead to irreversible giant swelling of our legs and hands. If recognised and treated early it may not lead to elephantiasis. In order to contain these unpleasant disease efforts are being made at all levels Preventing mosquito bites and administration of a single dose of triple medicines is a very practical way to contain this disease. Elephantiasis can lead to loss of self-esteem, depression and anxiety. It may also lead to a decrease in physical capability to carry out any fruitful activity. Prevention is better than cure holds true for this ailment aptly.