Your Health If You Live On The Moon 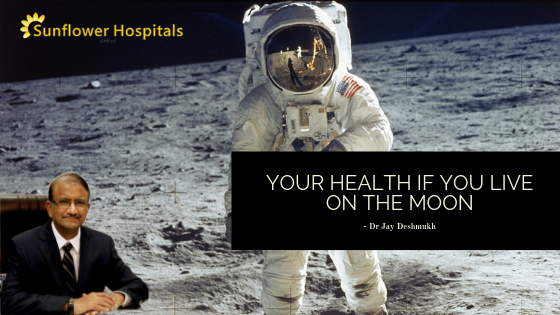 by Dr Jay Deshmukh
5 months Ago
0 Comment
Ever since Chandrayaan 2 had been launched, there has been a lot of speculation about how life would be on the moon. People have already decided to buy land and make housing societies and colonies. Do you plan to move into a flat on the moon? Well, that may be possible after a few years. What about your health problems if you move to your new address?

How many people have lived on the moon surface so far?

What were the obvious hazards?

What about going for a walk on the moon?

Is there any fear of moonquakes like your earthquakes?

How about sleep rhythm on the moon?

What about the hazard of radiation?

What about the risks of cosmic rays on the moon?

The moon is an excellent destination for our scientific success and research. We are always proud of our scientific community. However, do not be in a hurry to have your house there. It may not be your next holiday destination so soon. Till then consider conserving our own ecosystem. Prevent warming of earth and plant as many trees as you can. Do away with plastic. You may, however, plan your honeymoon but not on the moon in the very near future.