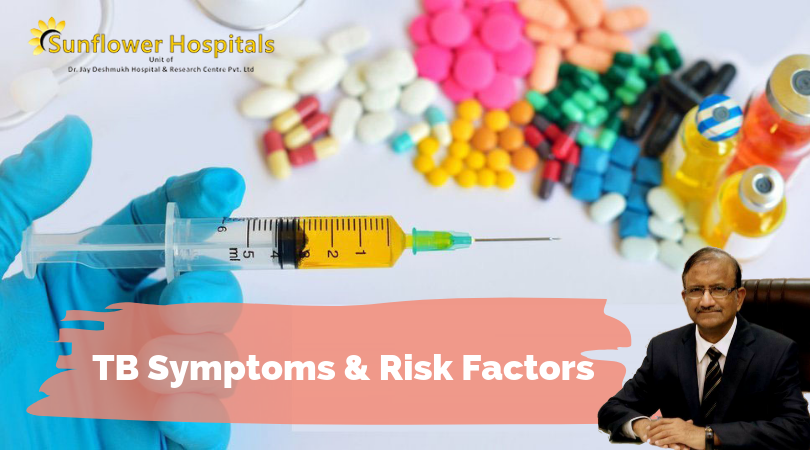 TB Disease Symptoms & Risk Factors | Sunflower Hospital Nagpur | Dr Jay Deshmukh:- Tuberculosis has been infecting humans since antiquity. Mycobacterium tuberculosis was first described and identified on 24 th March 1882 by Robert Koch. He received the Nobel prize for this discovery in 1905. World tuberculosis day was established on 24 th March for this reason. Roughly one-third of the world’s population has been infected by TB at the rate of 1 per cent population per year. This is the commonest cause of death by infection after HIV AIDS.

What are the different forms of tuberculosis?

How does tuberculosis spread?

What are the symptoms of tuberculosis?

Who are at risk of getting tuberculosis in India?

Which investigations are commonly done to diagnose tuberculosis?

How is tuberculosis treated?

How is the spread of the disease prevented?

How effective is the BCG vaccine?

What is XDR tuberculosis?

What is MDR tuberculosis?

What are the public health efforts towards tuberculosis?

Tuberculosis and particularly drug-resistant cases provide a huge challenge. In spite of a sincere and well-executed government plan tuberculosis continues to infect many people every day. People at large should adhere to the treatment. Take precautions to prevent its spread and continue the treatment for 6 or 9 months as recommended.

Sent from my iPad