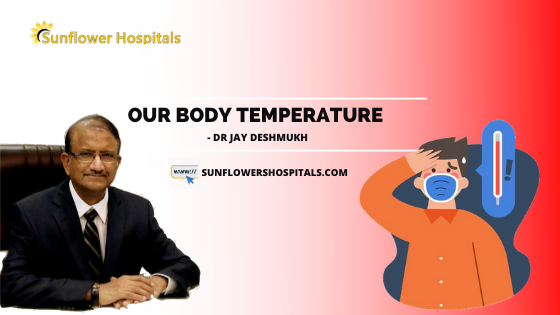 BODY TEMPERATURE:- Normal body temperature varies by person, gender, age, activity and time of the day. The average body temperature is accepted as 98.6 degrees Fahrenheit or 37 degree Celsius. Some studies have suggested that the normal temperature can have a wide range from 97 degrees F to 99 degrees F. A temperature above 100.4 degrees F or 38 degrees C always suggests that you have an Illness or Infection.

Is it time to redefine our body temperature?

About 98.6 degrees F or 37 degrees C has been thought to be our normal body temperature. Recent studies indicate that this may not be true! It seems that normal body temperature is falling over time, according to data samples dating back almost 160 years. Why we consider 98.6°F or 37°C as normal? In the mid-1800, Dr Carl Wunderlich from Germany measured armpit temperature of about 25,000 people and found that the average was 98.6°F and we believed that.

What about modern studies?

What are the conclusions of modern studies?

Recent studies indicate that the normal body temperature may be falling well below the acceptable 98.6°F. An analysis of 20 studies between 1935 and 1999 found that the average oral temperature was 97.50F. A study done in 2017 in more than 35,000 people found a similar result. The normal body temperature has been drifting down over the last two centuries.
Why would anybody temperature be There are two possibilities in this regard. One of the important determinants of our body temperature is the metabolic rate. A lower metabolic rate in modern times is linked to inherent high body mass or better medications or vaccinations. There have been lower rates of infections in modern times as compared to the yesteryears.

There are thousands of chemical reactions taking place in our system continuously and many together as well. These chemical reactions require a normal body temperature. The body has an elaborate temperature regulating apparatus. Severe hypothermia or hyperthermia can cause permanent organ damage or even death.

What are the different ways of taking body temperature?

It can be taken from the armpit, mouth, tympanic membrane or rectal temperature. Body’s core temperature happens to be the most important particularly in very serious infections. This may be estimated by the rectal thermometer. The mouth temperature is estimated to be one degree Fahrenheit more than the armpit temperature.

What about the thermal thermometer in this Covid-19 pandemic?

These digital infrared thermometers are no con-tact thermometers that measure temperature in a matter of few seconds without being in physical contact with individuals. Maintaining a safe distance and quick estimation is the main advantage.

What are the common causes of high body temperature?

When to see a doctor if you have a fever?

Seek immediate medical attention if your temperature exceeds 102°F. Same is recommended if your fever is accompanied by severe headache, an unusual skin rash that is worsen-ing, stiff neck and pain if you bend forwards, mental confusion, persistent vomiting, difficulty in breathing or chest pain, abdominal pain or pain when urinating or seizures. Normal body temperature values are tending to be lower than in the last century. This may appear intriguing. As per Harvard Medical School, this does not mean that the definition of body temperature should change. It is probably time to abandon the assumption that 98.6°F is a normal temperature. Something closer to 97.50F may be more accurate.