DIABETES AND YOUR HEALTH 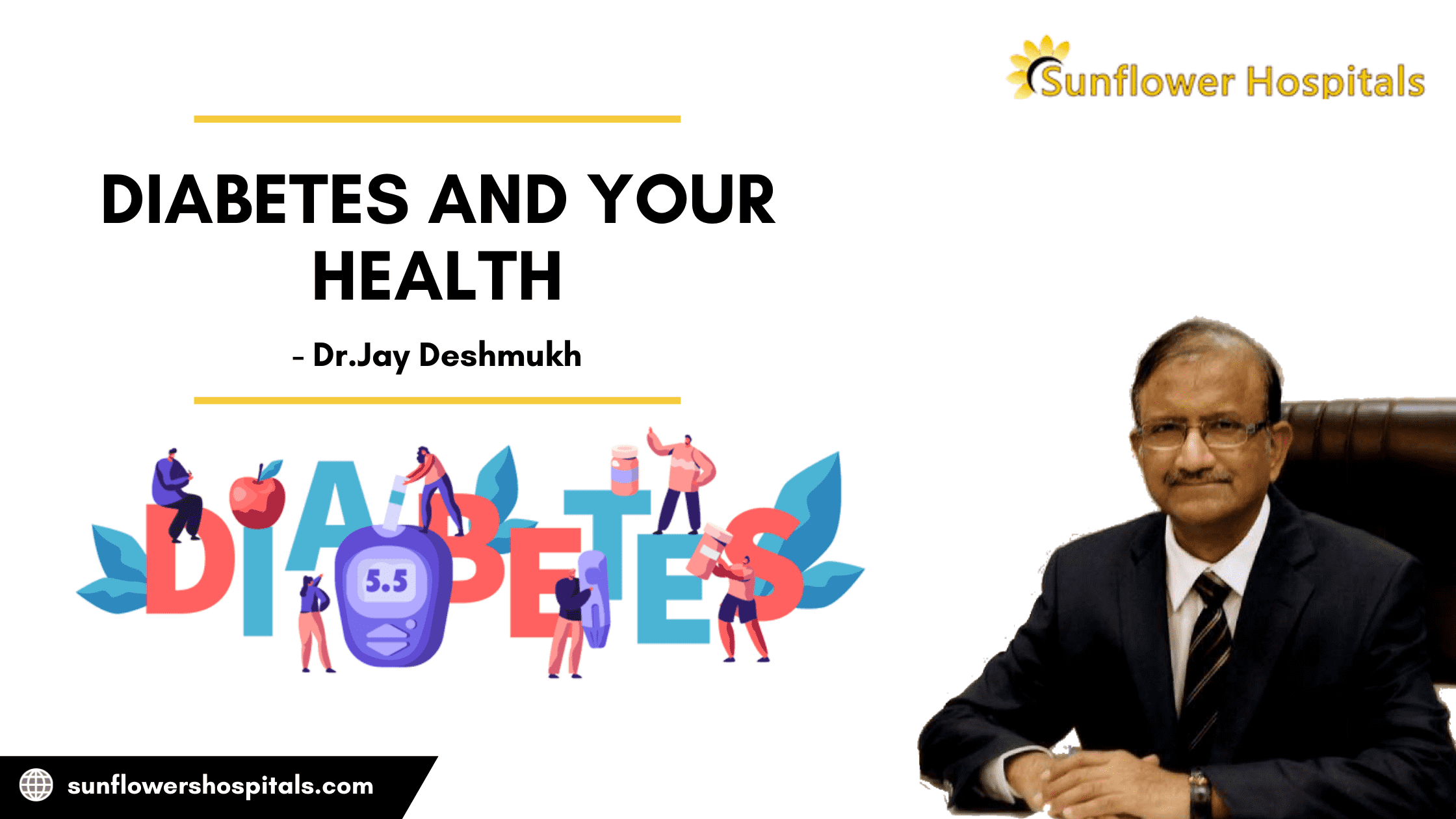 What are the symptoms of diabetes?

Symptoms vary as per the blood glucose levels. In some individuals with type 2 diabetes or in the early phase of prediabetes, there may be no symptoms at all. In type 1 diabetes, the symptoms may come on quickly and may be more severe. Increased thirst, excess urination, or unexplained weight loss, extreme hunger is corn-mon. Extreme fatigue, irritability, blurred vision, slow healing of wounds, and frequent infections of the skin or at genitals are common. Above the age of 25, fasting and post-meal blood glucose every year, irrespective of family history of diabetes, is recommended.

How does insulin work?

Insulin is a hormone that comes from a gland near the stomach known as the pancreas. The pancreas secretes insulin in the bloodstream. This insulin circulates in the blood. It pushes glucose into your cells. Thus insulin lowers glucose in the blood. As the blood glucose drops, so also the insulin secretion gets reduced.

What is the role of glucose?

Glucose is a sugar that is a source of energy for the cells that make up muscles and other tissues. Glucose comes from two sources, food and the liver. From the bloodstream, glucose enters the cells with the help of insulin. Your liver stores and makes glucose. In case you are deprived of food, the liver breaks down stored glycogen into glucose to keep your blood glucose level within a normal range.

What are the causes of prediabetes and type 2 diabetes?

When the blood glucose is more than the normal range but less than the diabetes range, it is known as prediabetes. In type 2 diabetes, your cells become resistant to the action of insulin and your pancreas is unable to make enough insulin to overcome this resistance. Instead of the glucose moving inside the cells, it starts building up in the blood. Exactly why this happens is not definitely known but genetic and environmental factors play a major role. Being overweight is definitely related to the development of type 2 diabetes. However, not all individuals with type 2 diabetes are overweight.

What are the causes of type 1 diabetes?

Weight is not a factor in type 1 diabetes. Our immune system that normally fights harmful bacteria and viruses is directed against the insulin-producing cells of the pancreas. This results in significant insulin deficiency. As insulin is not available to drive glucose in the cells, it leads to increased levels in blood. Both genetic and environmental factors play a role. However, the exact cause of diabetes remains elusive.

What is gestational diabetes?

During pregnancy, the placenta produces hormones to sustain a pregnancy. These hormones make your cells more resistant to insulin. The pancreas produces more insulin to overcome this resistance. Sometimes the pancreas does not produce extra insulin which prevents glucose from entering the cells causing gestational diabetes. This diabetes usually becomes normal after delivery.

What increases the risk of type 2 diabetes and prediabetes?

Though what exactly causes diabetes continues to be an enigma, there are certain risk factors. Excess weight is associated with excess fatty tissue. This makes the cells more resistant to insulin. Decreased physical activity increases risk. Exercises utilize glucose, helps to reduce weight, and make the cells more sensitive to insulin. You’re risk increases if your parents or siblings have diabetes. We Indians are at greater risk. If you had gestational diabetes, your risk increases to have type 2 diabetes. If you give birth to a baby more than 9 pounds, then also the risk increases.

What are the risk factors for gestational diabetes?

What are the complications of gestational diabetes?

What are the complications of diabetes?

Diabetics have a lesser life expectancy than non-diabetics. Have a greater propensity for hypertension and cardiovascular illness and stroke. Chances of peripheral neuropathy, retinal problems, sexual problems, and kidney diseases are more common in diabetes. Infections like pneumonia or tuberculosis and urinary tract infections are common in diabetics. Lower limb amputation is common in diabetics than non-diabetics. Annual blood glucose estimation in the normal adult population is suggested. Complications due to diabetes can be delayed or minimized by appropriate timely treatment and having good control over excess weight, hypertension, high cholesterol.